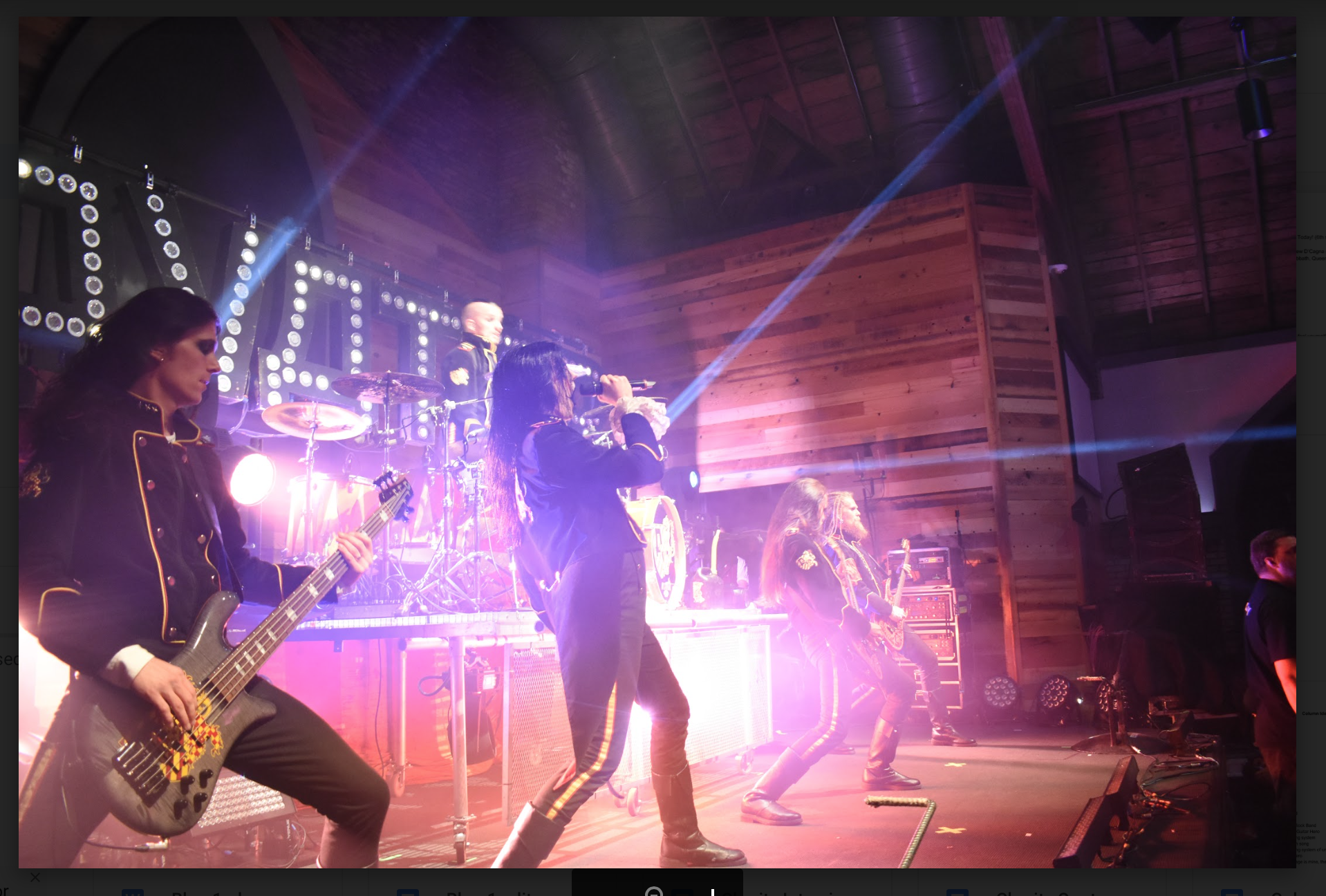 Prior to coming on stage, Avatar’s setup seemed like it was pulled directly out of an early-twentieth century carnival.

From the funhouse sounding background music, to the roadies and merchandise sellers dressed in authentic, old-timey carnival garb, to the dazzling neon light structure dawning the band’s name, it was evident that Avatar was setting the scene for a circus-esque atmosphere in downtown Fargo Tuesday night.

When the lights dropped and the opening riffs to Hail the Apocalypse began, the circus vibe quickly transformed into that of badass metal show, like an R-rated version of The Greatest Showman.

Johannes Eckerström, the band’s charismatic and animated frontman, is Avatar’s ringleader of the band’s theatrical stage antics. Eckerström frequently high-stepped marched across the stage, waving a baton and flailing his arms in a motion that looked like an amped up Carlton from The Fresh Prince. He consistently addressed, complemented, and instructed the crowd, as an elite showman often does. In doing so, Eckerström commanded control of the crowd all throughout the nine-song set.

It was hard not to watch Eckerström. Dressed as a carnival ringleader in a top hat and face paint, Eckerström is like a hybrid of Alice Cooper crossed with Marilyn Manson, and embodies similar stage antics to them. Though, instead of putting his head through a guillotine, he elects to guzzle “fluid” from a gas tank on stage. To each his own. 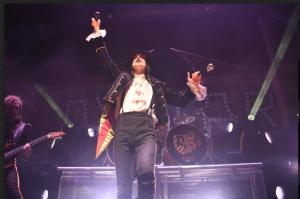 The trio of guitarists, including Avatar Country’s king (and lead guitarist) Jonas Jarlsby, were polarizing as well. A metal band headbanging is nothing out of the ordinary (at all), but it was fascinating how in sync they were. In each song, Jarlsby, along with Tim Öhrström, bassist Henrik Sandelin, as well as Eckerström, provided the audience with synchronized headbang swirls (normally counterclockwise). Likewise, bombastic drummer John Alfredsson frequently hyped up the crowd before and after songs, adding to the entertainment factor.

Their stage may look like a circus, but don’t let Avatar’s antics fool you. They are still a death metal band, and one with excellent musicianship at that. Avatar treated the crowd to heavier headbangers like the The Eagle Has Landed, Get in Line, and A Statue of the King off the new album Avatar Country. Additionally, the band added in their ballad Bloody Angel as well as the ever-so catchy Let it Burn, whose riff sounds like a heavier version of Life in the Fast Lane.

Avatar is no doubt a melodic death metal band, and a talented one at that. But their stage presence poses an interesting question: Are we witnessing a futuristic version of glam metal? Avatar is obviously much heavier than, say, Motley Crue, but their antics are akin to that of an eighties glam metal band. Throughout Tuesday night’s show, the Swedish outfit busted out moves you would have seen at a Van Halen show thirty years ago. Music trends are often cyclical, so is it possible this is the new and improved glam metal? Alice Cooper himself has said that showmanship is starting seep back into rock and roll. Could this be the start of a showmanship renaissance in metal? Marilyn Manson proved this could be successful over the past twenty years and fellow Swedes, Ghost, are currently experiencing success with a similar model. Avatar is seemingly on a similar, successful path.

Regardless of what genre you refer to them as, one thing is certain. The Swedes lugged their carnival from Gothenburg all the way to North Dakota Tuesday night, and in doing so, added a few more citizens to Avatar Country. 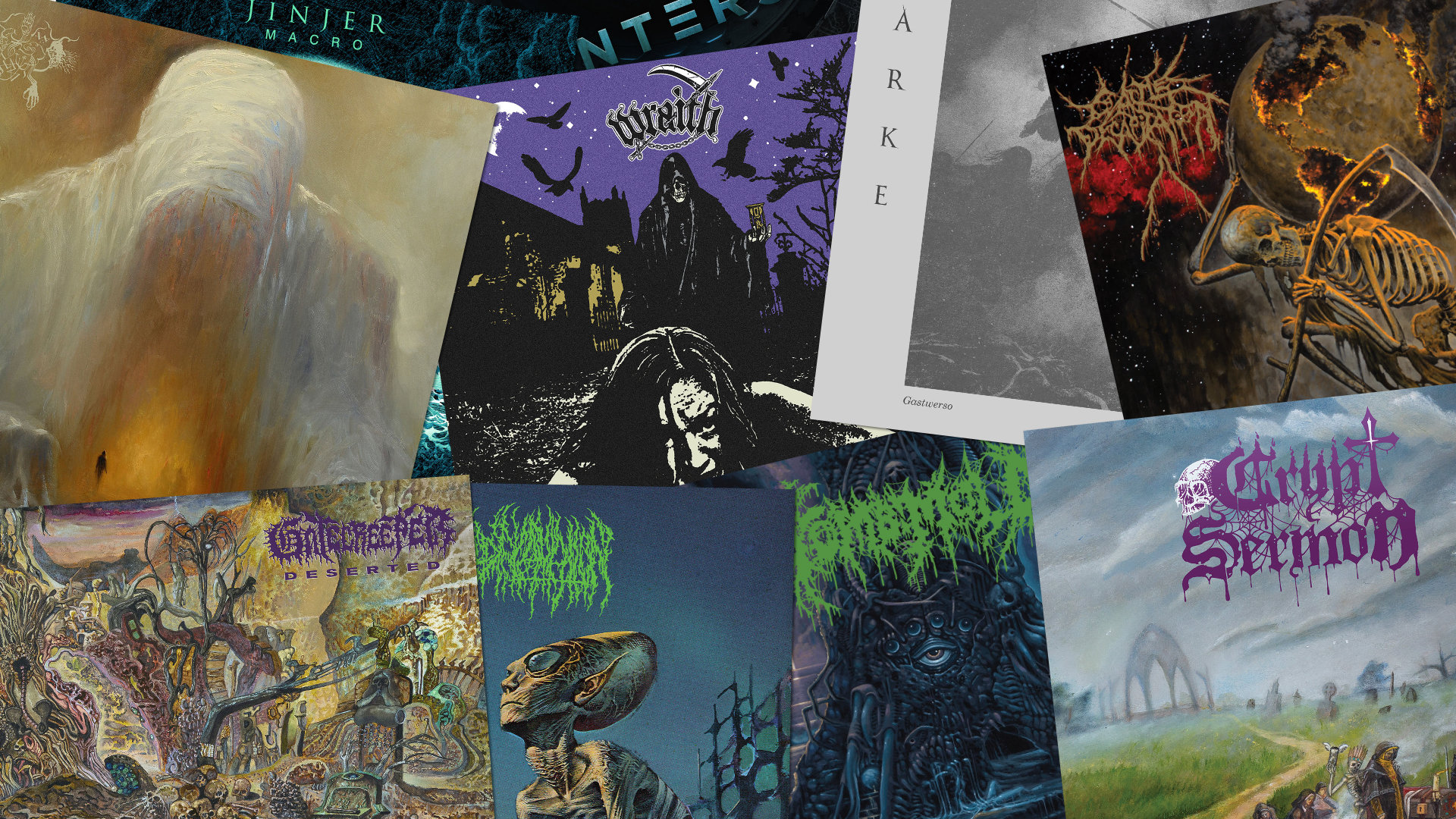 What are the best metal albums of 2019? Death metal dominated. Doom fell behind. Will your favorite artist make the cut? 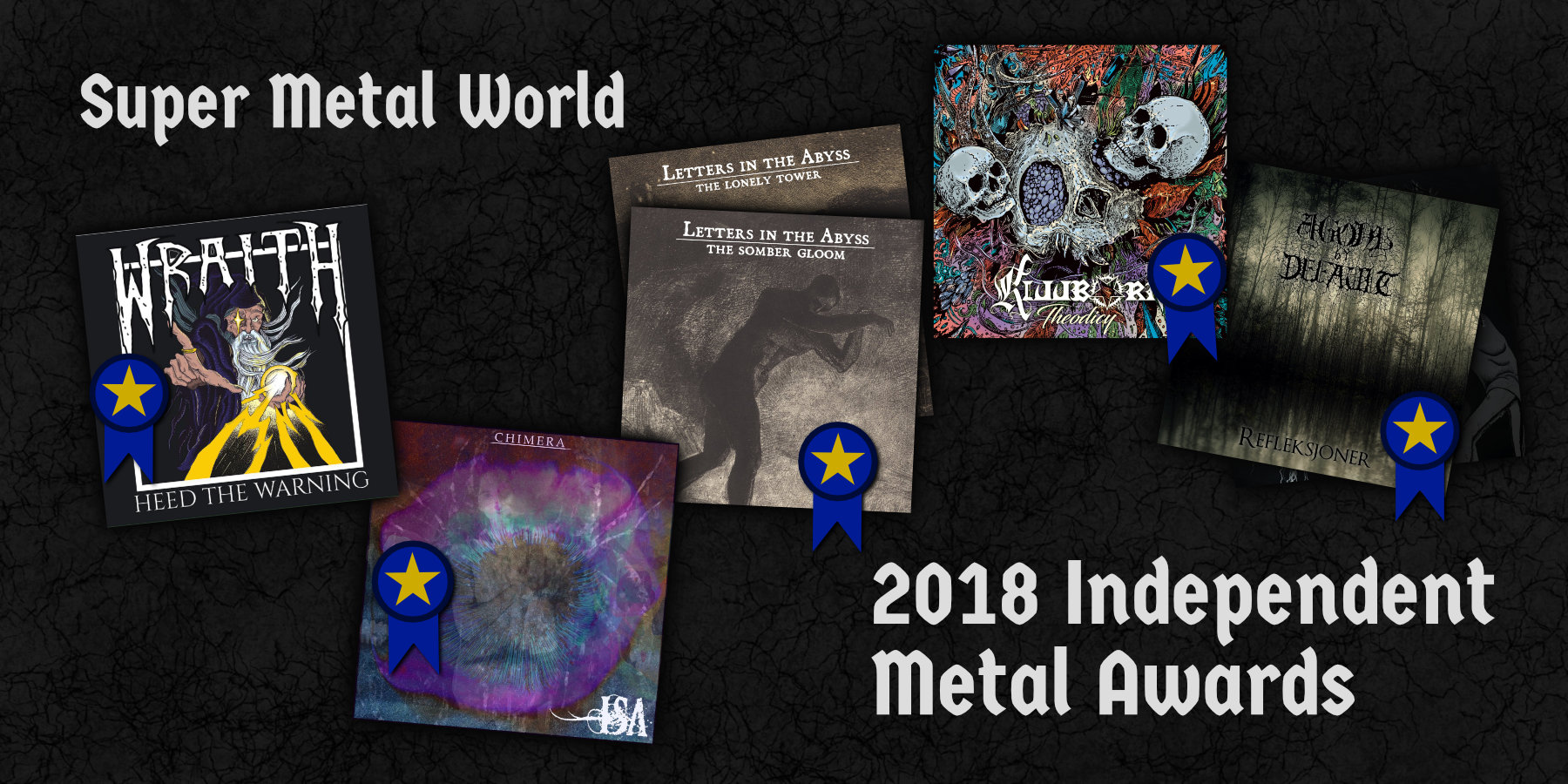 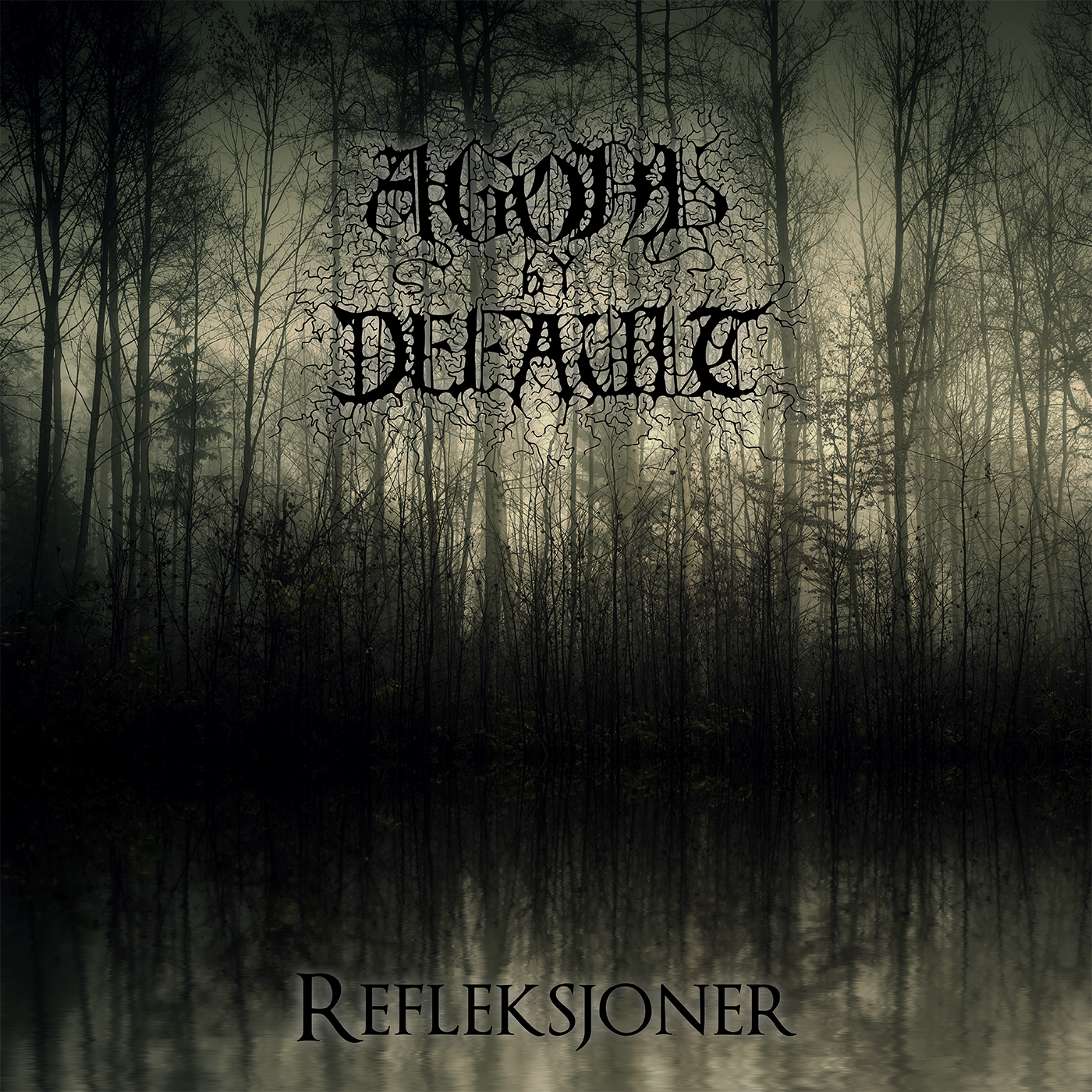 Agony By Default Drops “The Sorrow In Your Eyes” 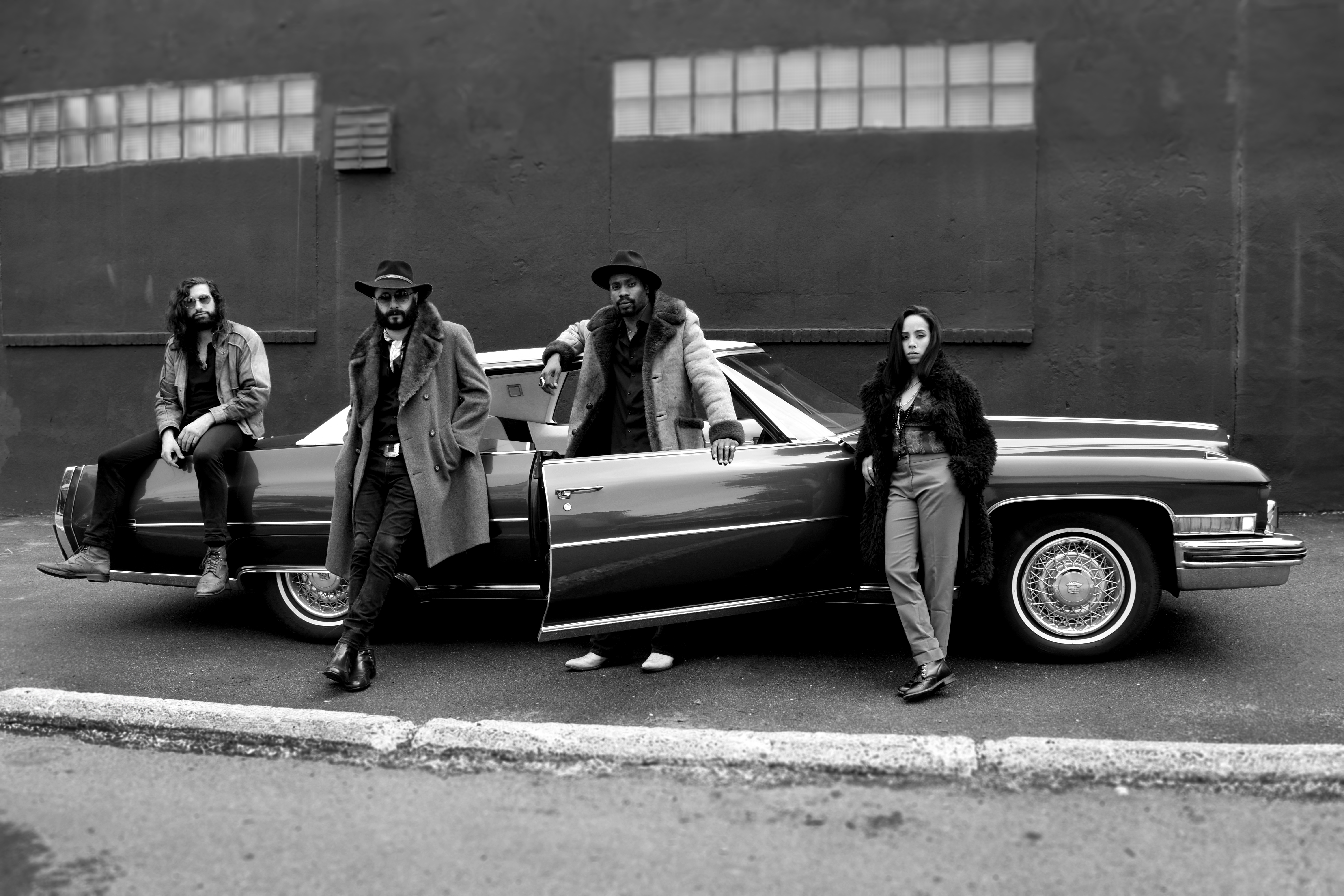 Brooklyn's Lovehoney is a flashback to the seventies, combining the blues, funk, soul, and classic rock into their sound. 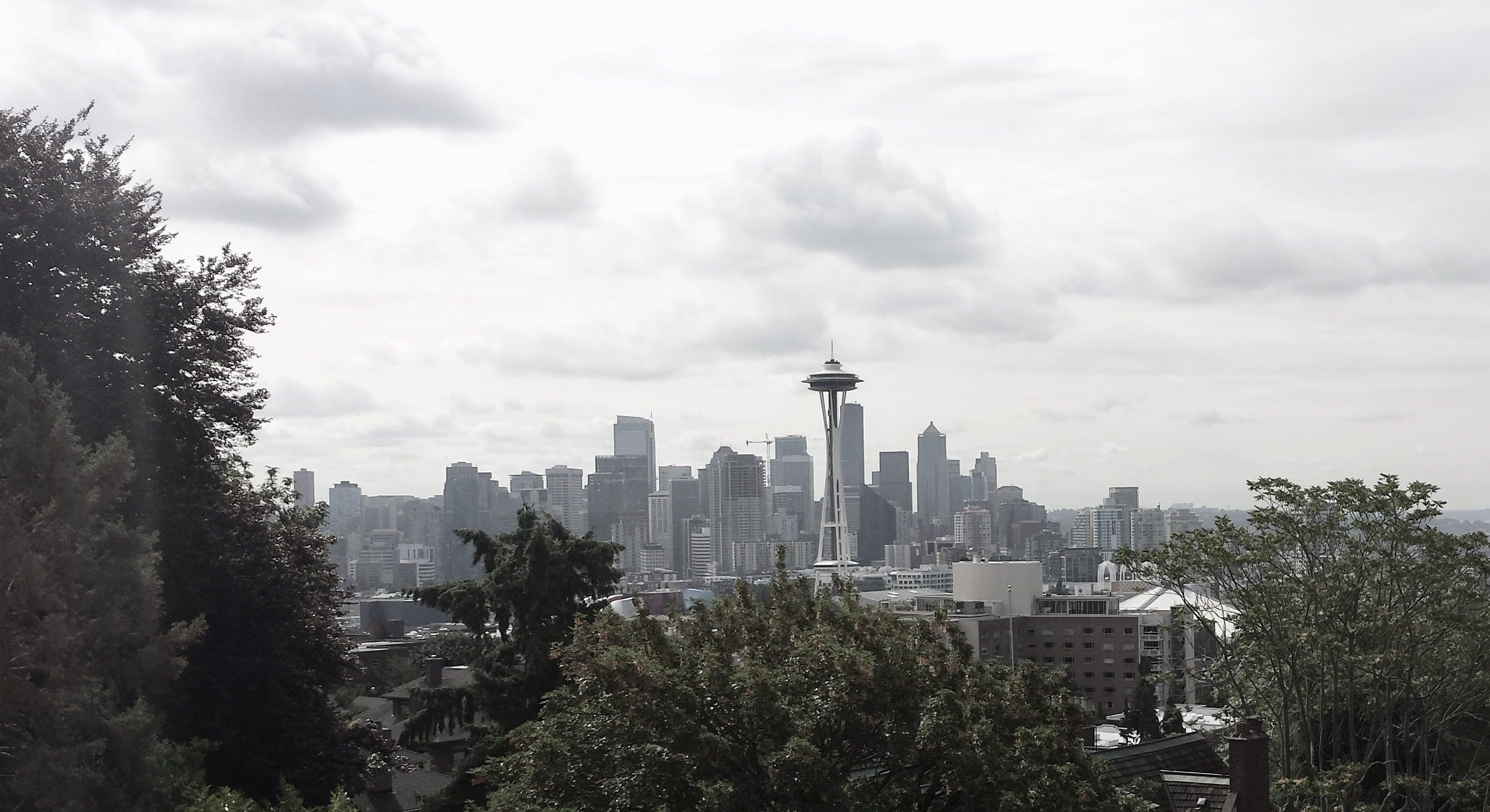 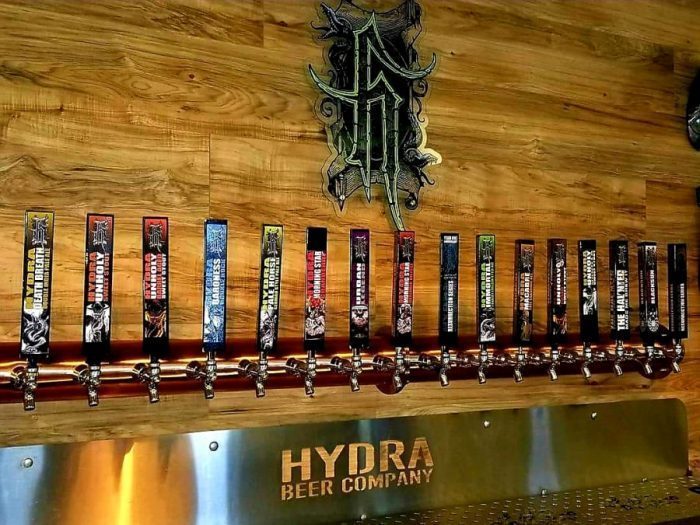 Hydra Beer Co. – A Haven for Heavy Metal and Beer

Heavy metal and South Dakota: a pair of terms not commonly linked with one another. Nick Murphy and Chad Petit had similar thoughts when...